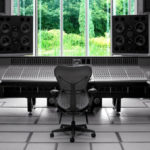 Truckers who have loads that are overweight/oversized need to apply for a special permit to travel throughout the states and Canada. The business owner or trucker may obtain the permit from an agency or transportation department that is the issuing jurisdiction or from certain companies who specialize in transportation permits. They are called permit service companies. The permit will list the truckers name, dimensions of the load and the description of the load. It will also give an outline of the route in which the trucker is permitted to travel. It will give certain days that it can travel and safe hours for the load to travel.

An oversized load is one that is bigger than the standard size load on the road. Oversized loads include rocket stages, industrial equipment, cranes, backhoes, front loaders, generators, bridge beams pre-built homes, containers and many construction elements. The government legal dimensions depend on each country. An oversized load is determined by the fact that even being dismantled, it still is larger than the governments limitations in terms of mass or dimensions. It is then considered what is called an abnormal load. In the United States, the government considers an oversized load to be one that is wider than 8ft 6in. Each state in the United States has its own height requirements. Usually the states are following a 13ft 6in or 4.11 m tall. A permit must be purchased for each state in which the truck is traveling with an oversized load.

Licensing for oversize/overweight loads can be obtained for just specific loads, a certain period of time in which the company has oversized loads traveling or to a certain company. Some places still leave it up to the driver to pick the route and then he is responsible for knowing all the clearance sections in his travels. Many companies use a permit service or have a permit department in their company.

In the state of Texas oversized/overweight loads need an OS/OW route and permit from the Texas Department of Motor Vehicles to travel on any roads. The single-trip permit can only be used once for a load, that is no more than 254,300 pounds. It is allowed to go to one place and only at the time and date given on the permit.

A texas oversize permit that is used for manufactured houses or industrialized buildings is also the single-trip permit. The big difference is that they have five days to travel on the roads. The permit will also include specific start and stop destinations. Moving extremely huge pieces of equipment is also on a single-trip permit, and it has a weight limit of 200.001 pounds to 254,300 pounds, that has an axle spacing of less than 95 feet.

There are many different special permits for all sorts of loads on our streets and highways. Hay loads can get a one-year permit to travel with side by side round bales of hay. Timber loads can be for an annual permit, overlength loads are valid for one year, then there are the emergency relief permits. These permits bring in relief supplies, take out debris and usually expire in 120 days.