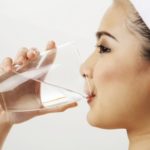 With just over seventy percent of the Earth’s surface reportedly consisting of water, it appears implausible that any person or terrestrial animal would perish due to lack of drinkable water. We, however, who are in the know know that the majority of the Earth’s surface water is saline — that is to say, made up of salt! It is true all this world’s living organisms, including human beings, require varying specie-based measures of sodium in dietary intake. It is also true that from our conception our biological systems feature sodium and its workings. Too much salt is nevertheless detrimental!

Contemplate the Levant’s Dead Sea, which is several times more saline in its upper levels than seawater. Differentiation of the levels is necessary because, unbeknownst to most individuals, up through this lake’s floor seeps water of freshwater springs, so whereas only a couple or so bacterium species and microscopic algae such as Dunaliella survive in the upper levels, many other life forms are present at its floor level.
Indeed, we’ve just hinted at subterranean water, this hydro phenomenon also here with us, beneath our feet.

We’re also aware of condensation and precipitation that forms rain clouds that eventually empty upon us. Upon some of us, at least. This brings us back to how do we access potable and otherwise useable water? Whatever our whereabouts, this is a perpetual challenge.

Movie scenes probably are coming back to mind now, scenes of a chap-lipped, wide-eyed, turbaned nomad dismounted from his camel to approach a shimmering mirage. Or probably the memory is of a Western’s scenes of cowboys with empty canteens.
We comprehend quite well the dilemma of such inasmuch as we ourselves have experienced thirst and some of us have been to some degree or the other dehydrated.
We’ve seen above that we need sodium in our diet, but not too much. We are likewise musing on similar facts regarding water. Our bodies are made up of above fifty percent water and uses water for every system of the body — e.g. the circulatory, the eliminatory, the reproductive, every corporeal system! Some people express that they don’t like to drink water, but O how things needed are appreciated when they are scarce or entirely absent or, for that matter, unusable due to contamination!

Can Water Be Obtained When There’s None?

Thanks be unto God for plumbing infrastructure and tap water! There’s human responsibility, however, for any township’s sewage system to be properly maintained so that the two systems remain as separate as they ought to be! Surely there have been efforts to transform stagnant or waste water into potable water. Obviously there are cases wherein there’s no hope of rendering the polluted ingestible or suitable for baths or hand-washing — that is except for a miracle! Ever envisioned a receptacle that within itself produces water from the atmosphere? Actually, per recent news, such technologies have already been invented and are currently being bettered. As solar energy is being harnessed from the Sun’s rays nowadays, water being systematically and routinely captured from the atmosphere and in a portable receptacle? What a blessing that would be!